THE BEAUTY OF OUR LANDSCAPES 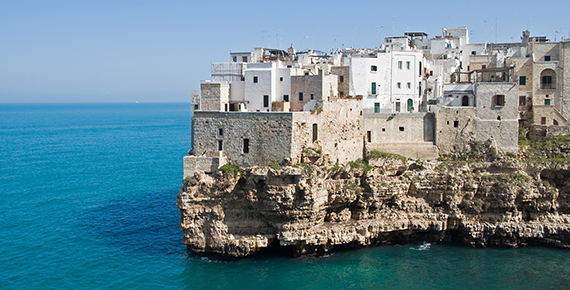 The wonderful home town of the famous singer, Domenico Modugno. In this delightful town, the only centre of the area to overlook the sea, there are several caves of prehistoric origin as evidence of its ancient origins, with splendid panoramic terraces and caves of a dazzling blue colour. 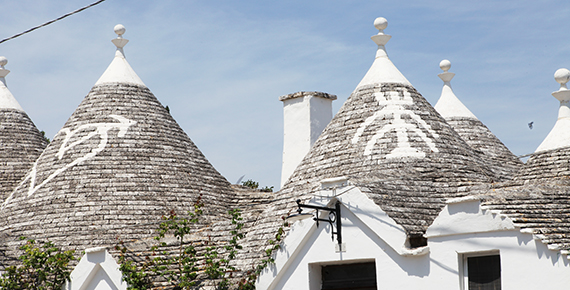 Alberobello or the city of the trulli was recognized by UNESCO as a world heritage site for its trulli, which are unique architectural structures. The trulli are small circular houses with a cone-shaped roof. The largest of the trolli is called the ‘Sovereign Trullo', built in the 18th century, and it even has two floors. 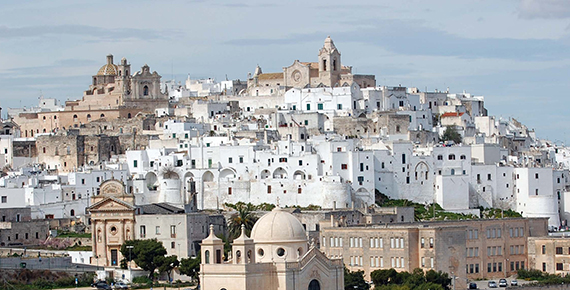 Called the White City, every home, brightened by chalk walls, overlooks a viewpoint that can be seen from the windows, hundreds of small windows, which look out onto the chalky walls and that light up at sunset. Concentric streets that go through the town are sunny, and case a uniform whiteness where outlines are blurred. 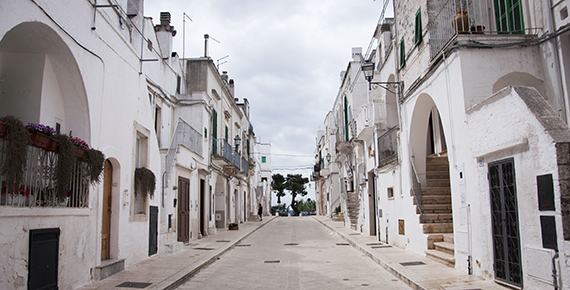 Overlooking the Itria Valley, in what is called Murgia dei Trulli, Cisternino offers unique pleasures. The Tower of Porta Grande, a.k.a Norman-Swabian, on top of which stands the statue of Saint Nicholas, is the main entrance to one of the most beautiful villages in Italy. Cisternino today is a popular tourist centre thanks to its wine tourism, and its trulli. 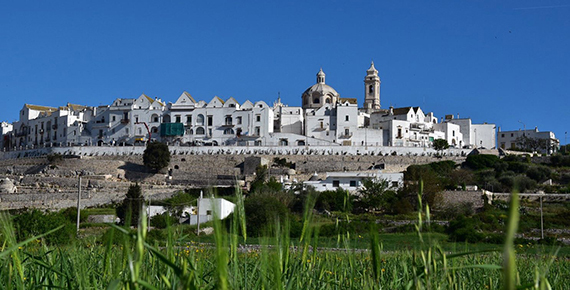 Considered to be among the most beautiful villages in Italy, immersed in the Itria Valley, Locorotondo is rich with trulli, and between every one of the you can see and visit the Trullo di Marziolla, the oldest in Puglia. The historic centre town, consisting of many small white houses, is arranged in concentric rings, and the typical terraced roofs are covered with dry stones. 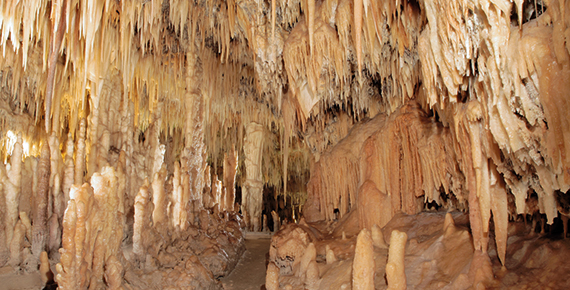 The city is famous for being the gateway through which you can admire the treasures that Puglia hides in its underground caves. Considered the most important Speleological complex in Italy and Europe, the caves of Castellana Grotte are particularly appreciated for their white caves, defined for the richness of their alabaster whiteness, the brightest in the world. 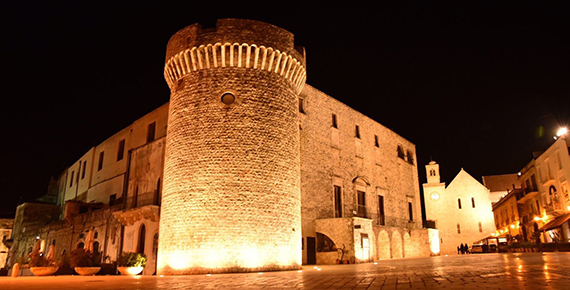 The city is located on the pleasant Murgia hillside, surrounded by the greenery of the fertile countryside that surrounds it. Conversano combines tradition and progress, the charm of its long history with an Aragonese castle, and a large square that allows you to take survey the ancient Manor and the wealth of many art monuments. 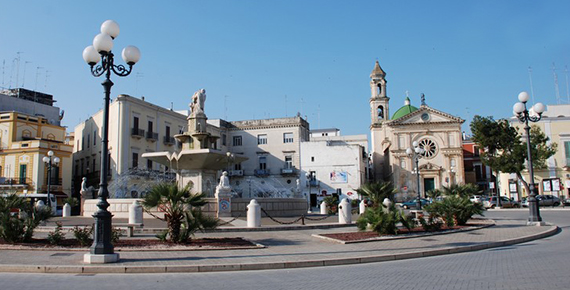 The city is 5 metres above sea level, and its wealth is is fish products. Fishing, tourism and culture are combined with the hospitality that defines its gastronomy, and its sites, buildings of particular value and prestige, tell the history of Mola, with the Angevin Castle shaped like a star polygon, built to guard and defend the port. Recently built, the re-styled waterfront was designed by the famous architect, Oriol Bohigas. 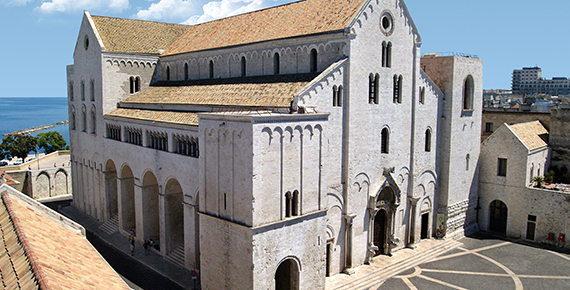 Capital of the region of Puglia, it houses an important port and commercial centre. The grandeur of the Basilica di San Nicola (dedicated to the patron saint of the city) shows the typical Romanesque style of Puglia, housing the crypt inside which the remains of the beloved Saint Nicholas can be found. Another important religious structure is the Cathedral of Bari. Beautiful to stroll through, its lovely seafront enchants you with its colours. 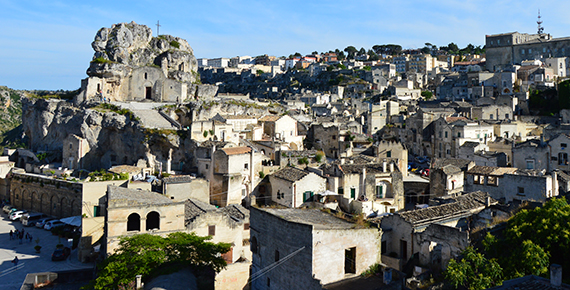 The ‘City of the Sassi’ is among the oldest in the world whose territory contains evidence of human habitation since the Paleolithic, without interruption, to the present day. Matera is a city with a fascinating and complex history: a border town of competing contrasts, and a fusion of landscapes, civilizations, and cultures: it is diversity itself.